"I AM NEVER SATISFIED WITH REACHING MY GOALS BECAUSE I KNOW I CAN ALWAYS IMPROVE AND THEREFORE I AM ALWAYS PUSHING MYSELF TO BECOME BETTER. "

Jaimee Bull's 2021 season was spectacular. Starting off with a second place at Swiss Pro Slalom, Jaimee went on to become US Masters Champion, Syndicate Hilltop Champion, Stillwater Lakes Champion, Lake 38 Champion while taking 2nd place at the US Open & Malibu Open. She capped off the year with a gold medal at the World Championships, finishing the season firmly atop the Waterski Pro Tour Leaderboard. Originally from North Bay, Ontario Canada, Jaimee has become one of the most dominant skiers in the world. After winning numerous junior and U21 titles, Jaimee won 3 straight NCWSA collegiate slalom titles, laying waste to all-time records nationally and worldwide along the way. Now running into 41’off often, Jaimee isn’t far away from the World record. 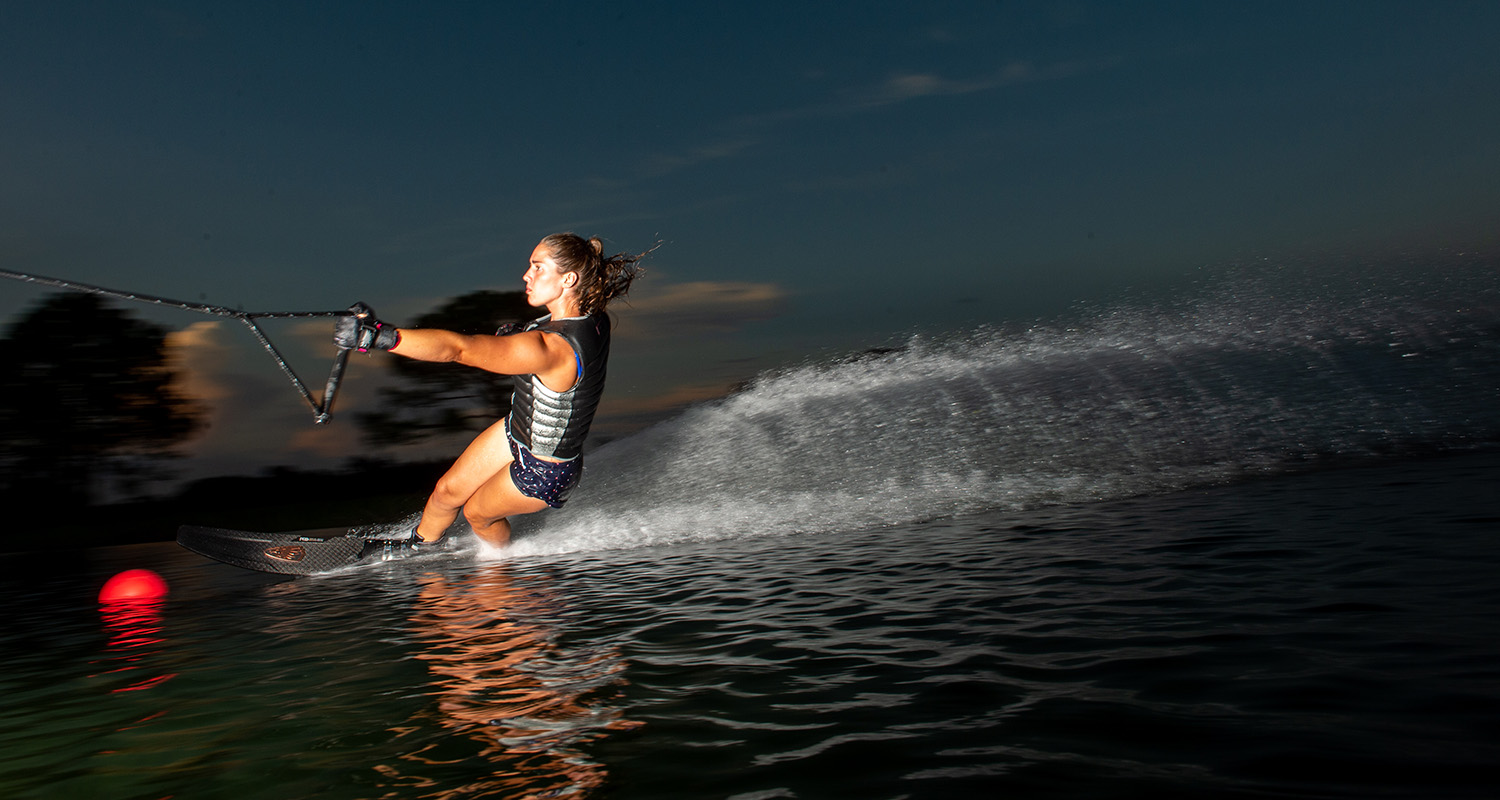